New research has found that less than 40% of Women have any form of life insurance.
BT recently released research* that found 89% of women were at least jointly responsible for making major financial decisions for their households, but lagged behind in their understanding of life insurance.

Using an insurance broker has a key role in closing this gap in knowledge and cover between women and men. A broker can also educate on various payment options, such as funding your premiums from your super fund. This is particular important if a woman has left the workforce to start a family. At this time, the household can experience cashflow issues since there is one less income to rely on.

Many times, women are overlooked in the insurance planning process. Ask yourself the question: ‘If you were unable to do your daily routine for the family (whether work or home), what funds or backup do you have to replace you and your income?’

If you have a large pot of funds accessible in a time like that, great! But for the majority, if a major illness or accident occurred, you wouldn’t have 6-12 months of income to call on.

Contact A Broker Today to get a run down of costs, and how it can be funded easily.

Exploring the financial burden of critical illness Trauma or ‘critical illness’ cover was originally developed in South Africa in the early 1980s by the late Dr Marius Barnard, a doctor who observed that while advances in medical science and treatments were helping an increasing number of his patients survive a serious illness, they were often left unable to cope financially.

This burden is especially relevant for diseases that are relatively more common across the Australian population, including cancers and heart disease, which are also among the leading causes of trauma insurance claims.

Some recent Australian research on the financial burden of critical illness:

Heart disease: according to a 2009 analysis by Access Economics, every heart attack resulted* in $25,000 (on average) in direct healthcare costs, and $281,000 in total costs.

Also, men who were in paid employment at the time of diagnosis said they had retired 4 to 5 years earlier (on average) than they had originally intended. In context of this research, it’s not surprising that advisers and customers continue to see value in incorporating trauma insurance cover into a holistic risk protection plan.

To help you determine your need for Trauma Insurance to help protect you and your family, speak to one of our brokers who can consider a range of different insurers for you.

We recently contributed to Your Investment Property Magazine in looking protecting your investments through well planned risk protection.

We are property investors ourselves, so we know what it means to manage properties, look at risks, and make sure our portfolios and plans are secure through good management. Personal insurance is a main part of this.

See the article HERE or read below:

You work hard to build a diverse property portfolio in the hope that it will allow you to retire with no financial stress.

But if you succeed in that goal, what happens next? For instance, if you pass away or become disabled and you own a hefty portfolio of properties, what will happen to your wealth?

Without life insurance, your family risks losing it all – and worse, having your debts foisted upon them. That’s not a legacy most of us would be happy to leave behind.

“This is the big one to work out, in terms of finding a balance of how much coverage you need. It will really depend on your situation,” says Davies.

“If you’ve got children and your partner is working, then it may not be necessary to have a huge life insurance payout. But if your partner isn’t working and therefore doesn’t have an income, how much will you need to cover your bills and your investments if they’re gone? You want to avoid a ‘ﬁre sale’ scenario, if you can.”
He suggests that investors consider the ‘DIME theory’: 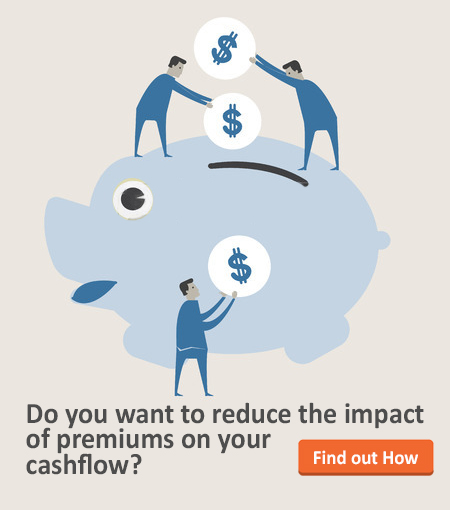 • Debt – what are your personal
• Income – how much do you need to hold your portfolio and cover your expenses?
• Mortgage – what is the value of all your mortgages combined?
• Education – how much will it cost to educate your kids?

“I’ve had a couple of clients recently with very different situations.

“One is a couple of people who are 25 years old with three properties, but they’re both in high-paying jobs. If one of them were no longer around, the other would continue working and could easily service their property bills.

“The other is a family with seven properties, but the mum is a stay-at-home parent to three kids. In this instance, his life insurance needs to cover quite a lot more if he dies.”

It is worth speaking to an insurance professional about your situation to ensure you get the insurance you require, and your family is left with a positive legacy.
Source: Your Investment Property Magazine


Pay insurance premiums from your super fund – Why and Why not

Cashflow is obviously a large consideration when looking at things like insurance premiums.

Nobody likes paying insurance premiums, but everyone is thankful they did at claim time. How do we find a good balance in between those two events?

Do you have a super fund?

Do you wish you could use your super for something?

Well, did you know you can pay your insurance premiums from your super?

Why would you do this? Well, one major advantage is you conserve cashflow of course. By paying through your super fund, it is not impacting your personal cashflow each month because premiums are taken straight from your super fund instead!

The other good reason is that if you are on a marginal tax rate over the super fund rate of 15% (If you are full time employed, you will be), then the premiums you are paying are before tax payments, so you are actually saving a large portion by paying it prior to your tax being taken out first.

DOWNSIDES:
There is generally the other side of the coin. And insurance is no exception. The downsides are:

So, are you sick of premiums impacting your cashflow each month? Click Here

I get asked many times, ‘How much do I need?’

When it comes to working out how much Life Insurance you need, this a good guide to get your started. Obviously, it’s not the be all and end all for everyone, but I am hoping it helps you at least.

The D.I.M.E theory has worked as a very simple guide for many years, and nothing has changed. The family fundamentals are still the same. You need to cover the following at the very least to protect your family in case of death or disability:

I – Income (Your personal income x 5 years as a guide)

This will bring you to a figure, which is what your life at this point, should be insured at. Do you have this in place already?

If not, find out how quick and easy it is to arrange your life insurance and/or disability insurance today by clicking below or calling 1800 674 435.